“People say graffiti is ugly, irresponsible and childish… but that’s only if it’s done properly.”

Banksy is a street-art artist known worldwide for his political, humorous and poetic messages. In this article, we will talk about this style of art that everyone sees and knows.

What is street art?

This often illegal art can be done alone or in collectives of street artists. These collectives, most often including designers, photographers, stencil artists, painters and graffiti artists, have a mission of bringing art and activism together. Indeed, they aspire to “regain control of cities, hitherto administered by politicians, policemen and businessmen, by letting their artistic imagination run wild”.

The precursors of street art can also be active on their own. This is the case of Banksy, a key street art artist. Indeed, as an artist, activist, filmmaker and painter, Banksy’s works are politically and socially oriented. Unknown to the mainstream media, he is considered a real artistic talent in many cities around the world. 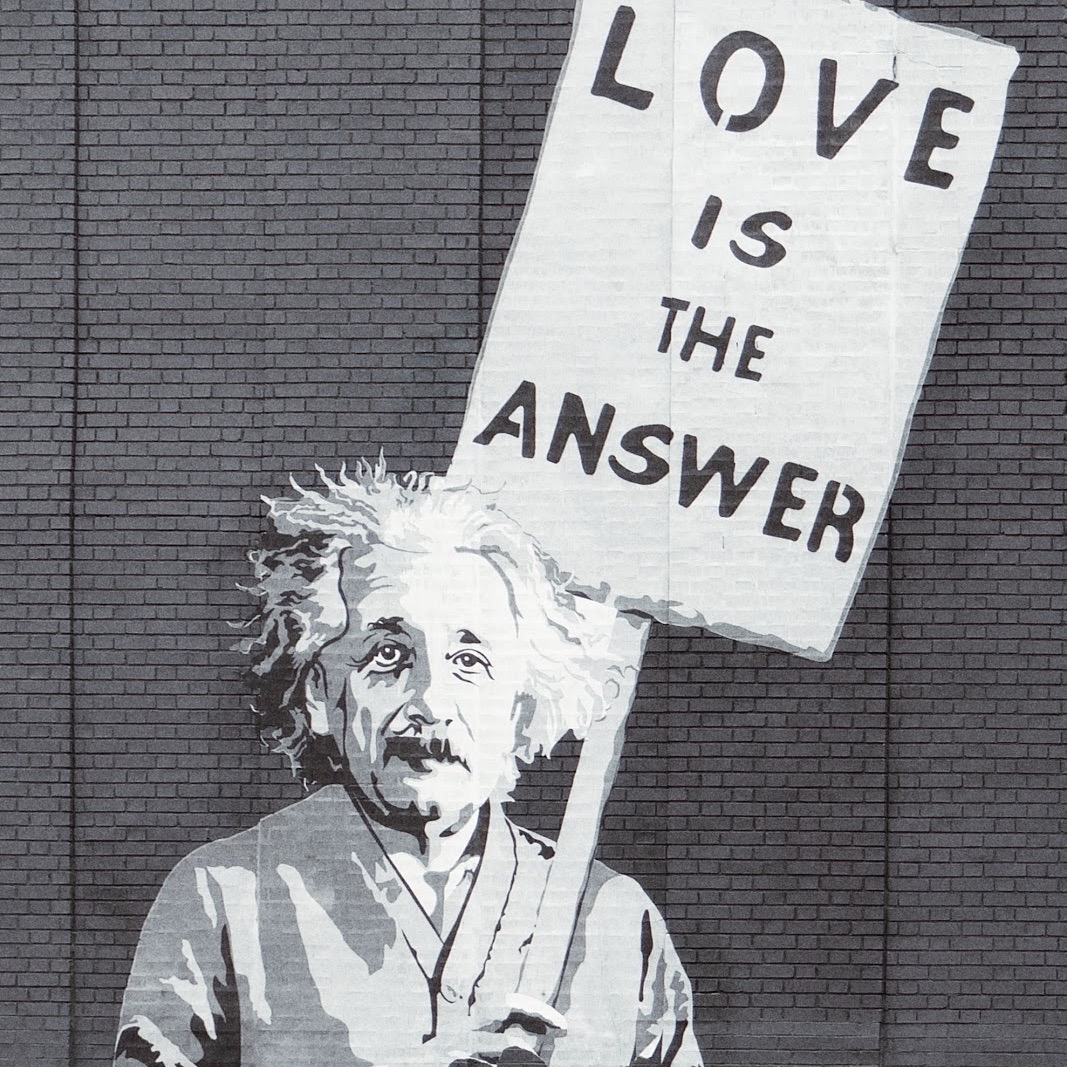 As a famous graffiti artist, we can also name Frank Shepard Fairey. Born in 1970, he is at the origin of the stickers “Andre the Giant Has a Posse” (OBEY), but that’s not all. He is also the one who produced Barack Obama’s “Hope” poster during his presidential election in 2008. Of American origin, he is now a worldwide street art icon.

And finally, we can name Jef Aerosol, a pioneer of street art in France since 1982, who created the piece below: 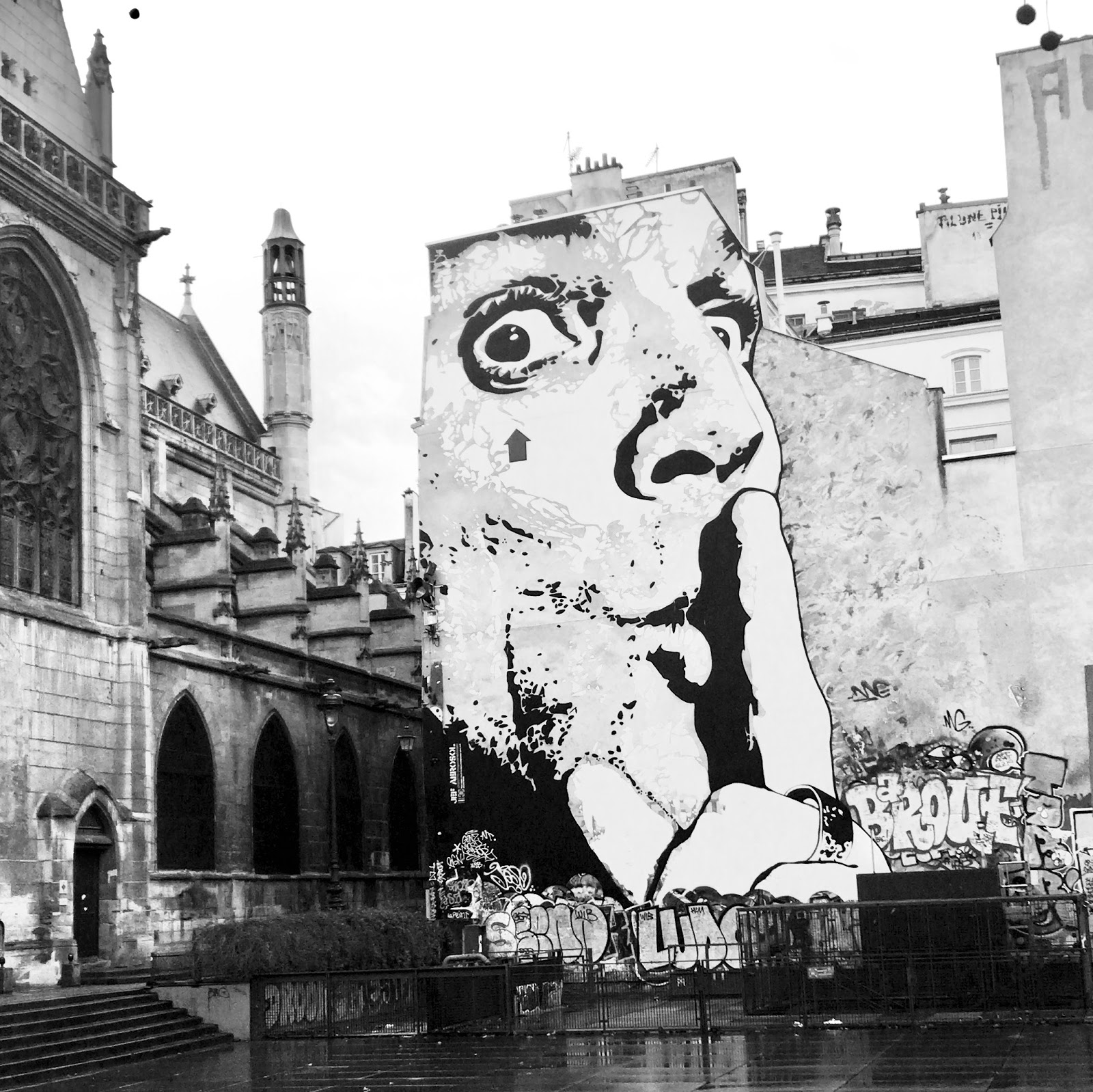 Who is the forerunner in the Pink City?

In Toulouse, we also have some big icons of street art.

Among them, first of all we find Truskool. Gathering 2pon, Der, Cee-T, Soune and Tilt, this artistic collective born in the 1990s is specialized in spray painting. Very influential in Toulouse and in the world, they work from time to time with female artists such as Fafi, Miss Van or Miss Kat, who also have their own technical style.

Some of the pink city’s artists work alone. This is the case of Reso, Mondé, Mosquito, Tilt, Soune, Tober and Fastoche.

All together, they have been participating in the street-art of the capital of the South West for years now.

What is the result?

Influenced in particular by New-York culture, these artists have been able to express themselves in the streets of Toulouse and produce numerous works, each as unique as the next.

In these times when the museums are closed, we have planned a small tour in Toulouse in search of many great pieces.

Not only a graffiti artist, 100TAUR is also a visual artist, painter and sculptor of Toulouse origin. Here, this artist created a 65 meter long mural! 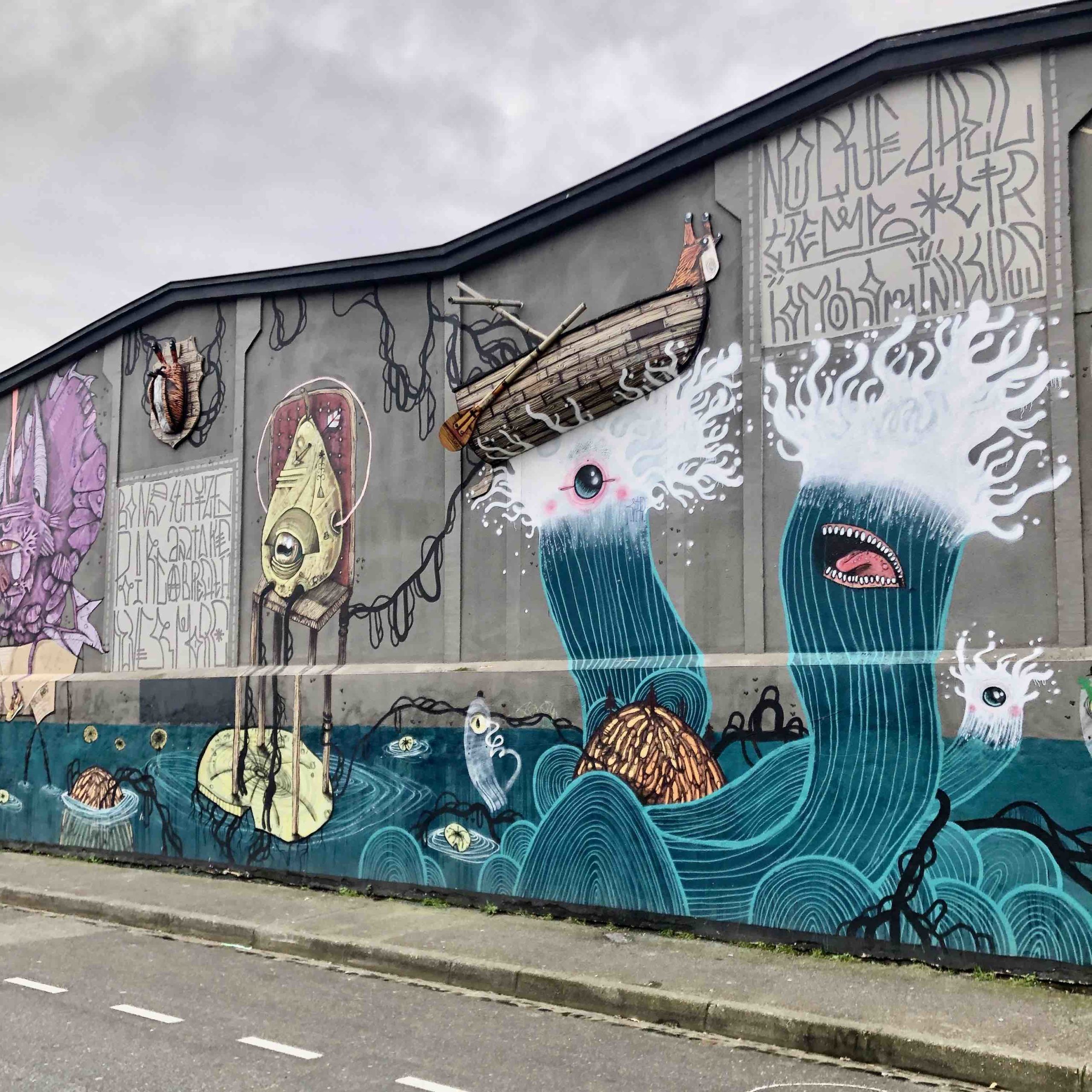 As part of the Mister Freeze exhibition (the 50cinq association), 15 artists gave themselves the task of achieving this mural. 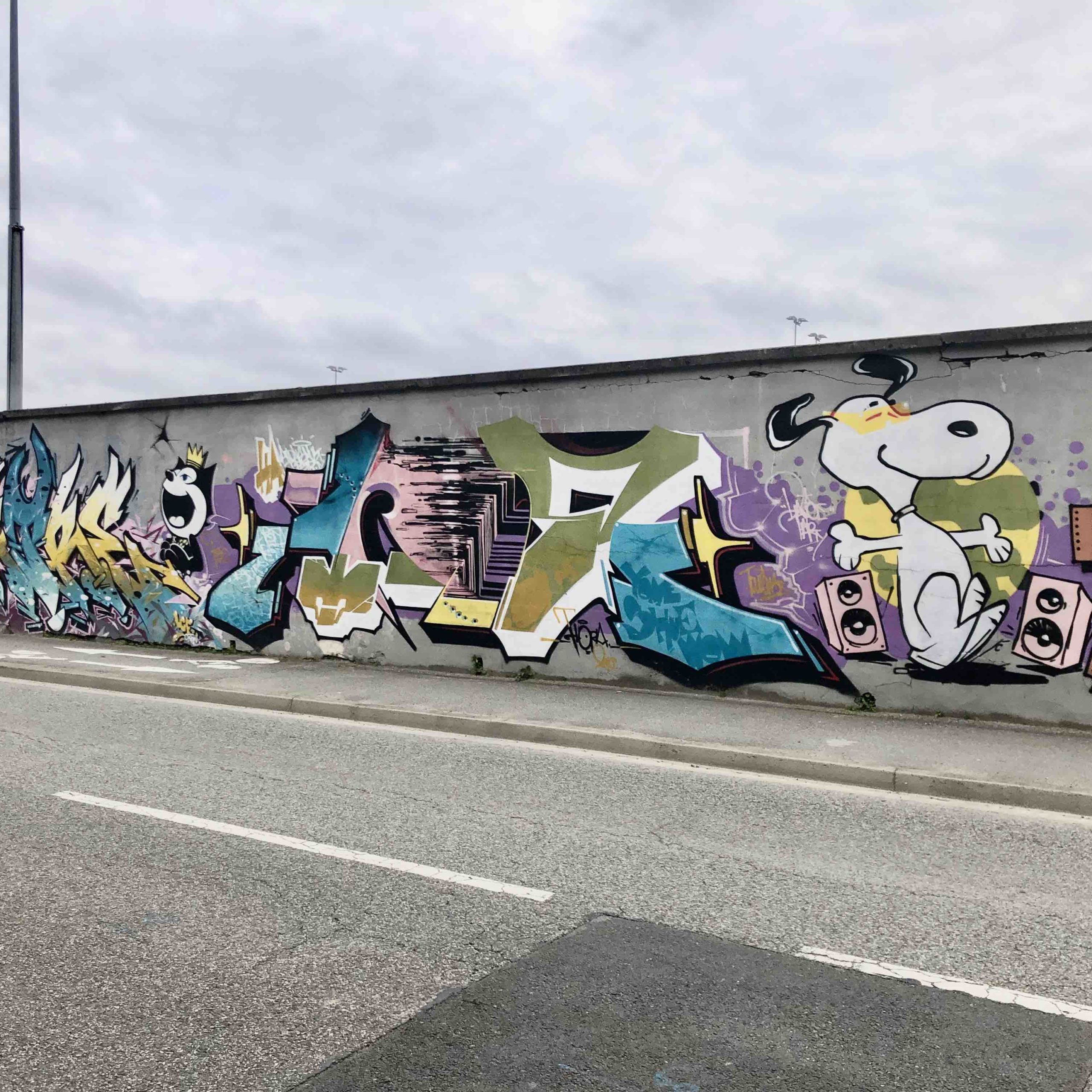 This artist is known for the immensity of his works and his commitment. Here, he pays tribute to Arthur Maillard, a young artist of 26 years old, who died in 2013. 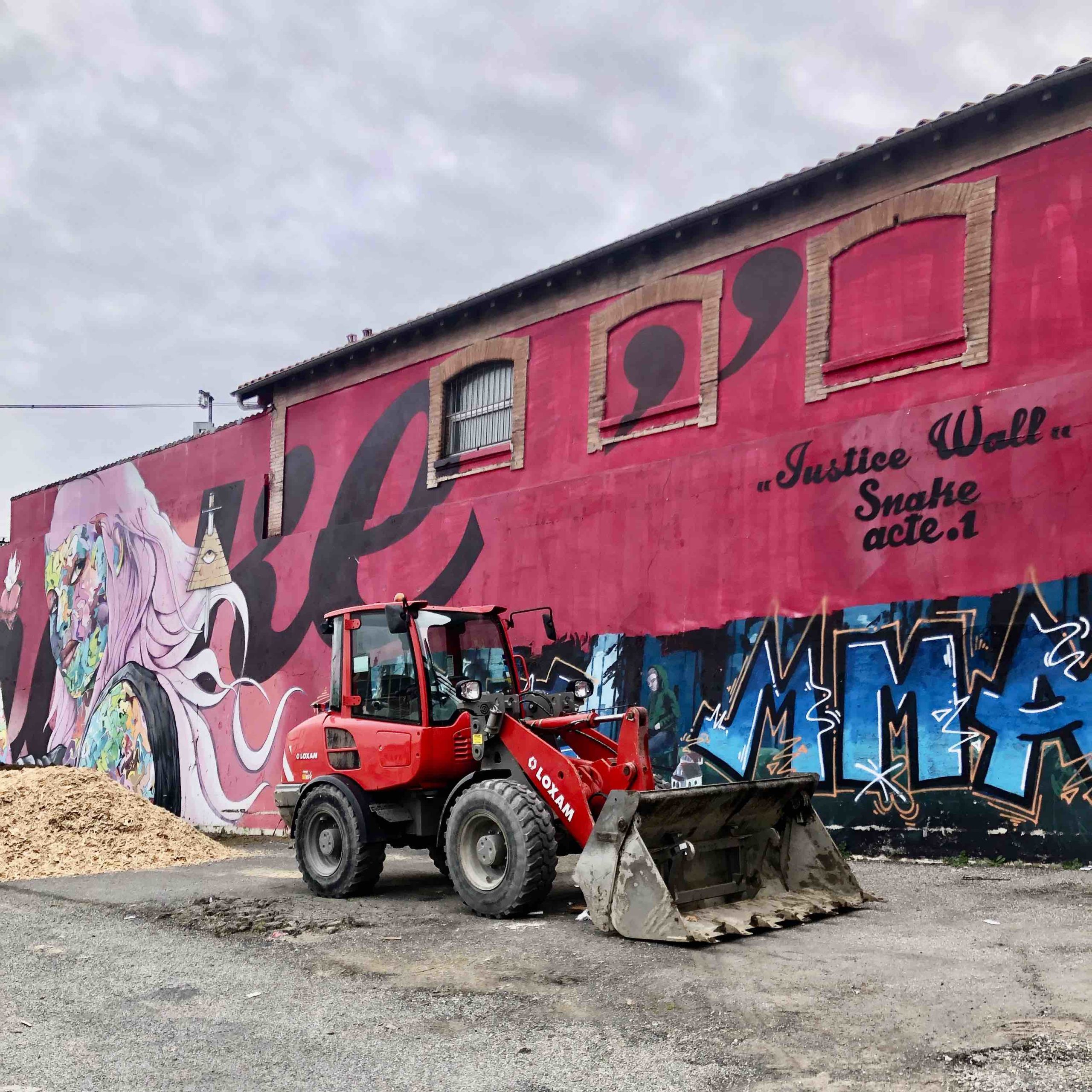 This artist is also known for the size of his works and his commitment. Here, he transcribes the value of sports. 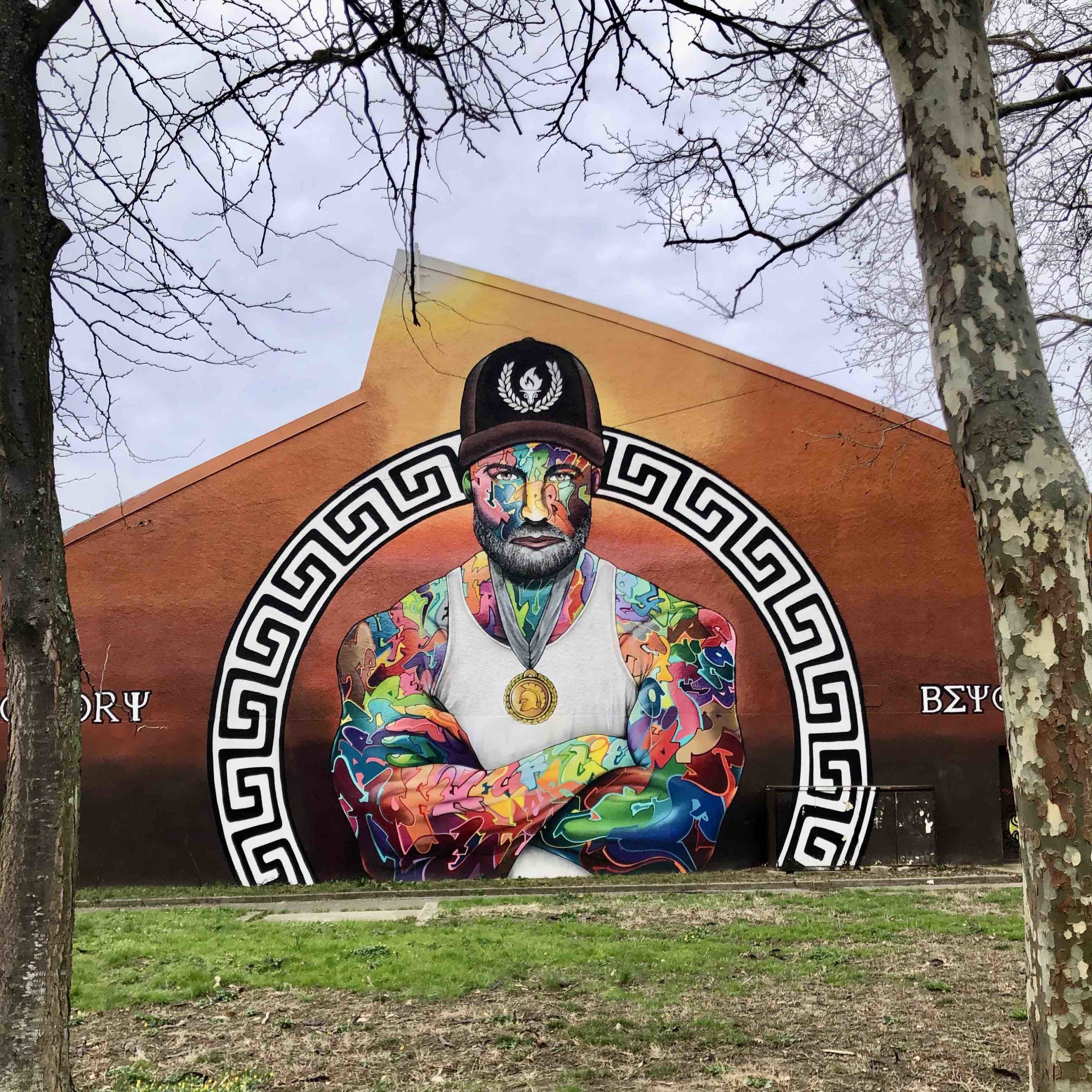 These two groups of artists came together to create this representation of the aviator Saint-Exupéry in Toulouse’s historic aviation district. 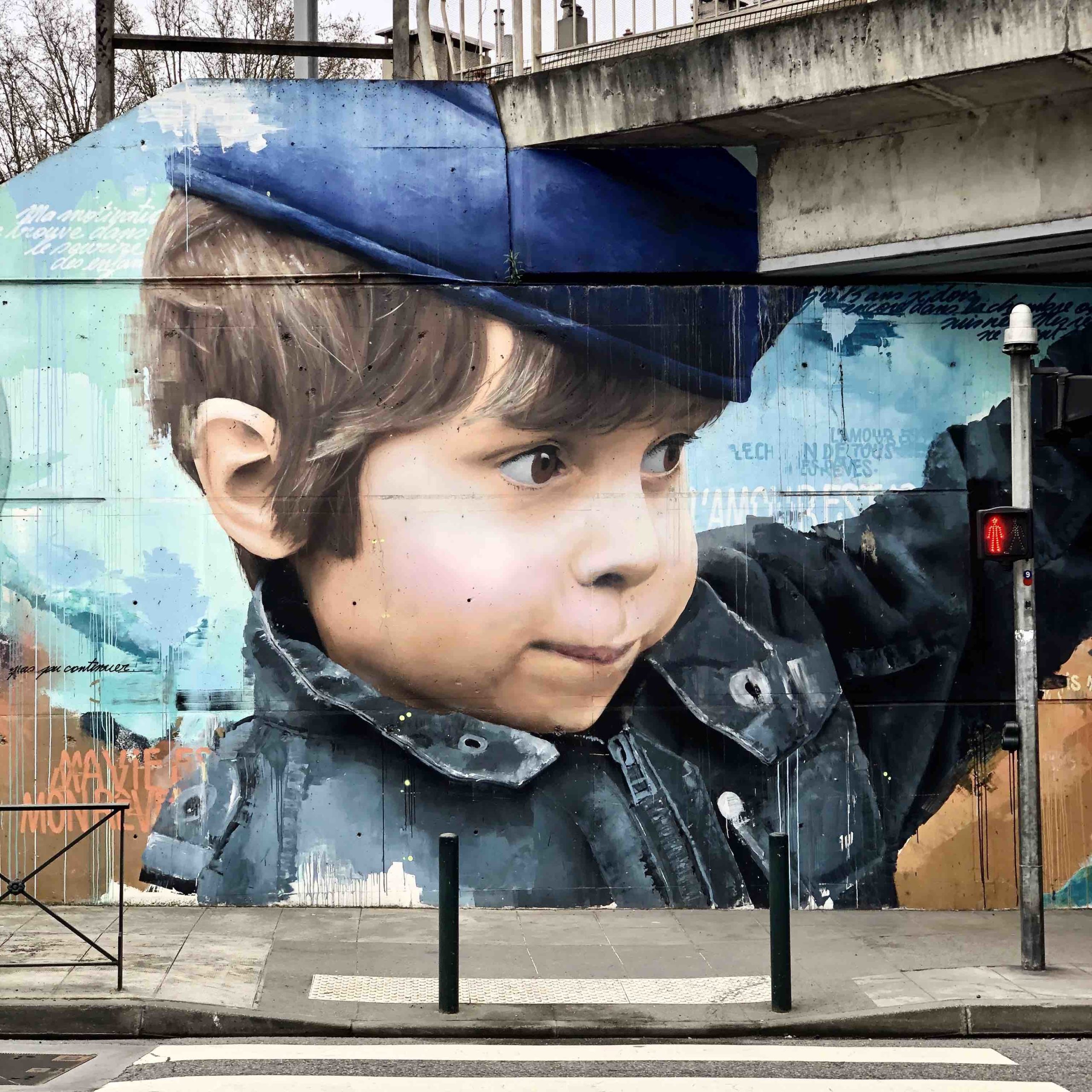 It is in the Demoiselles district of Toulouse that this artist, a specialist of the XXL format, leaves his mark. 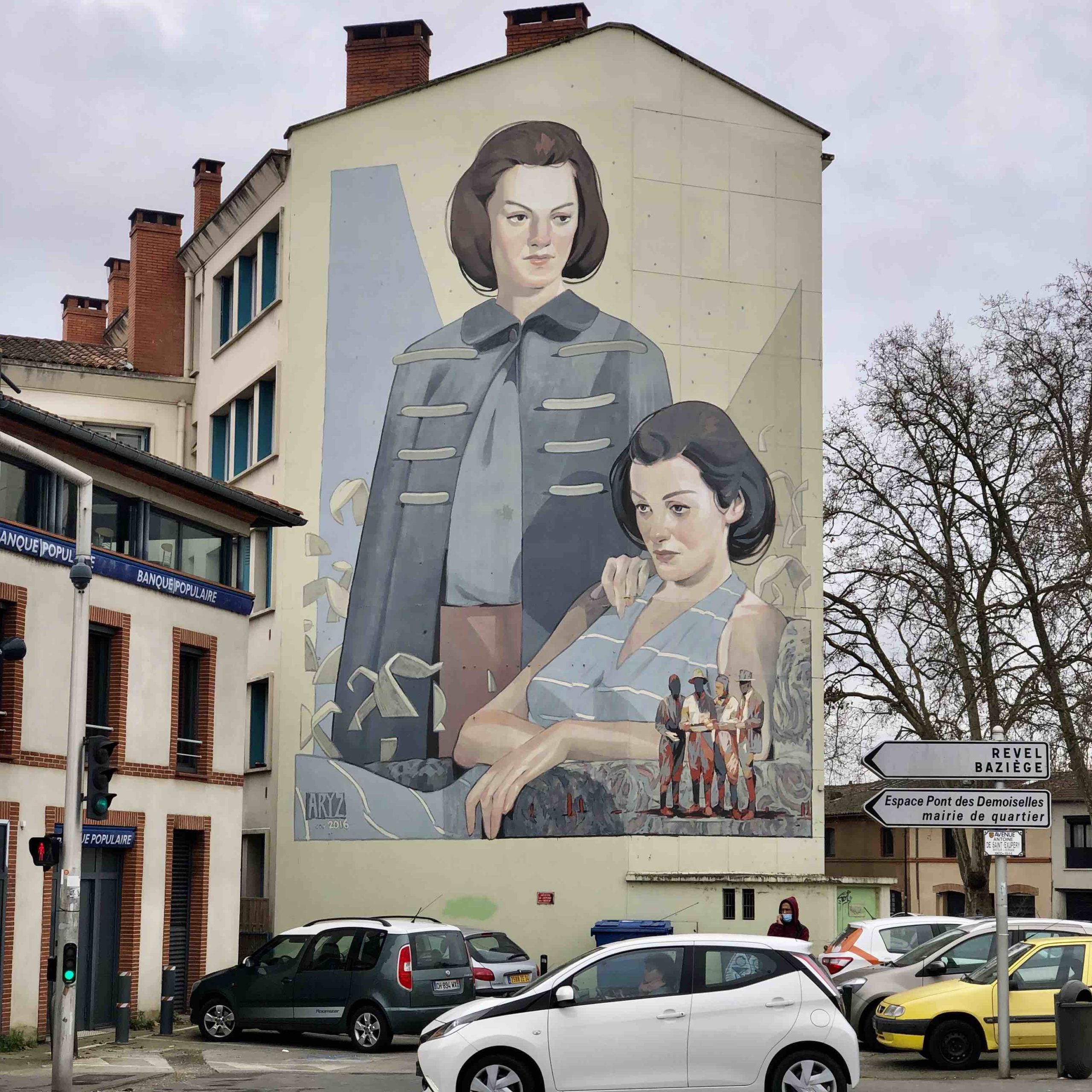 This abstract piece represents the work of a letter pushed to the limits. 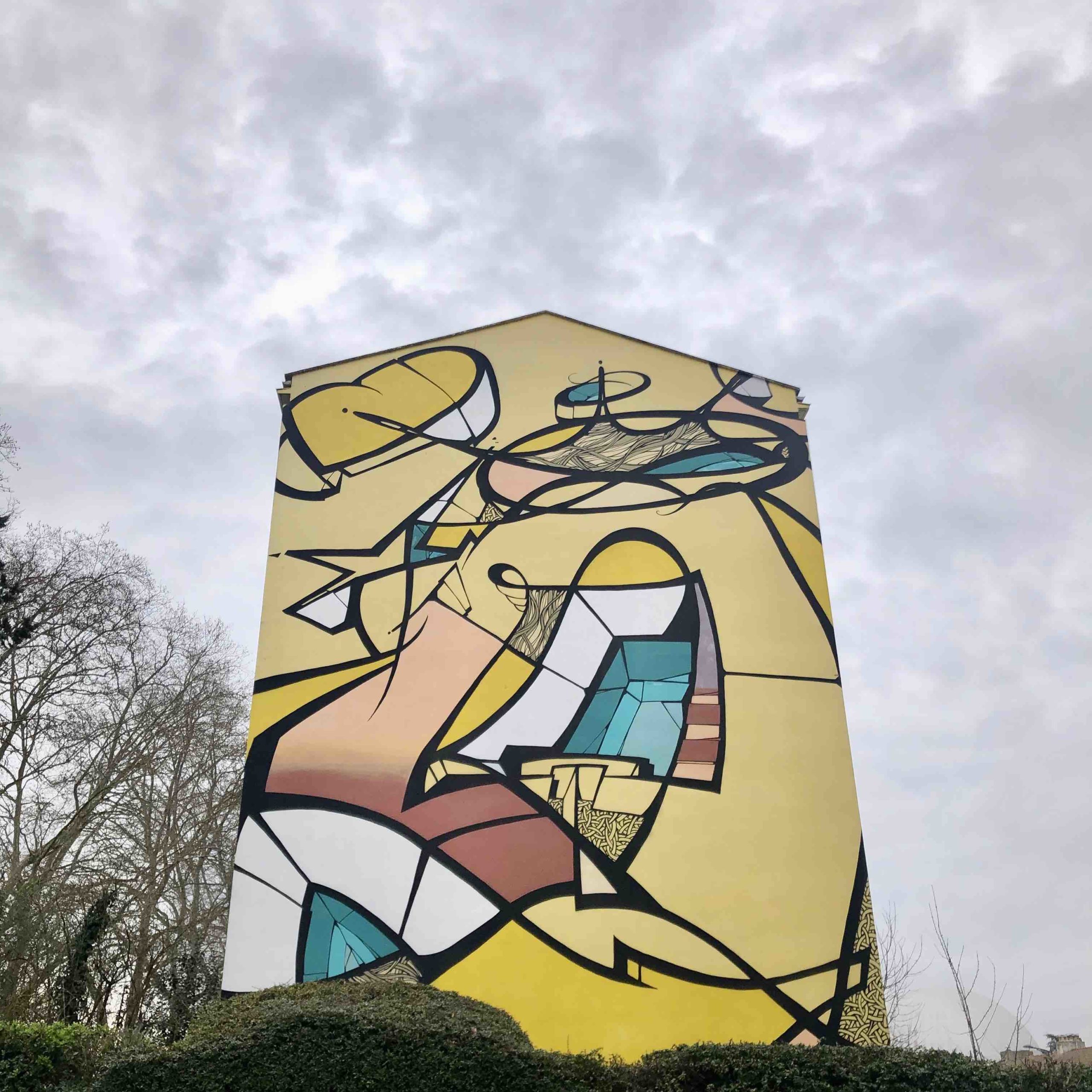 These two artists collaborated to produce this abstract work of human elements and mines. 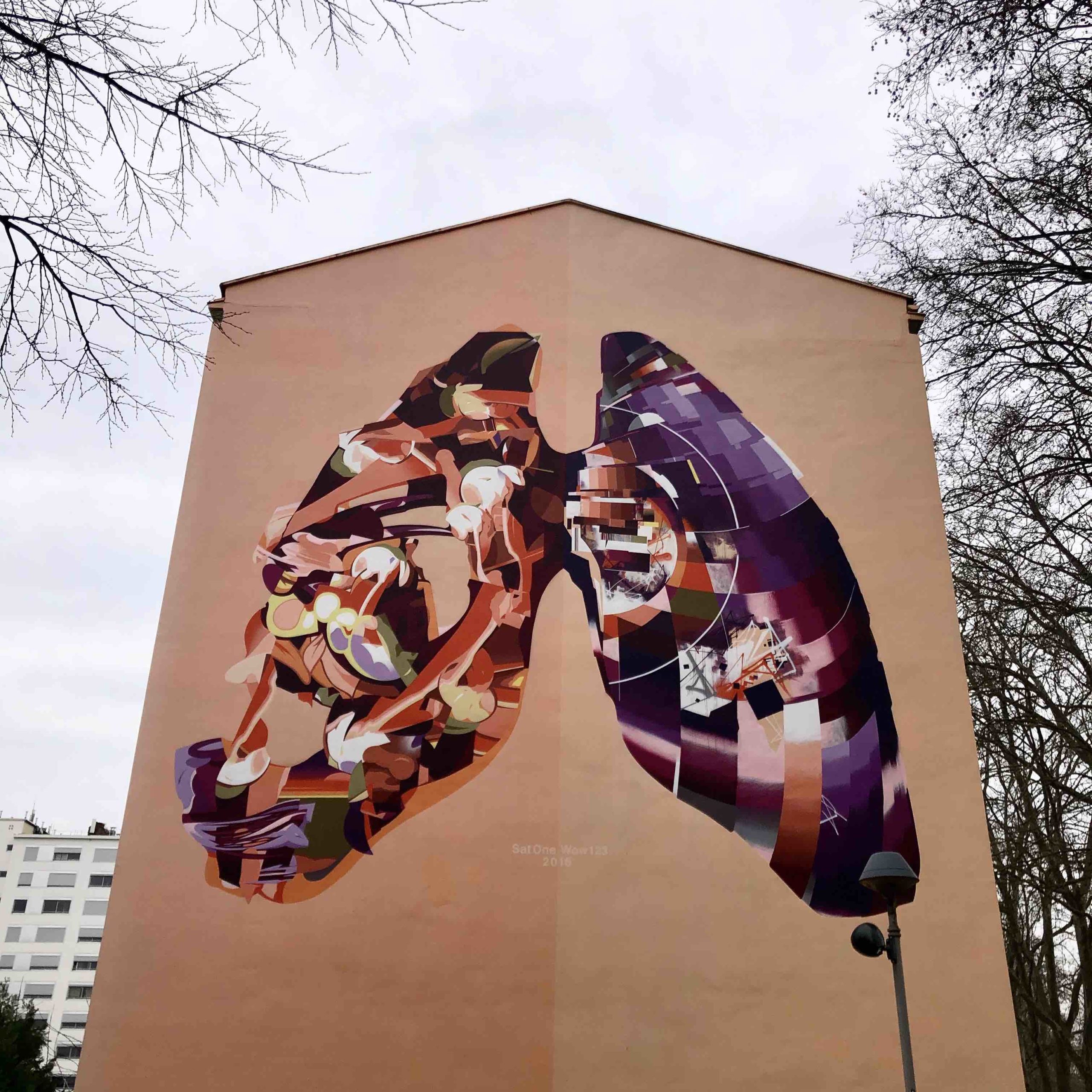 Do you know the Epic of Gilgamesh? These two artists collaborated to express themselves on this epic tale of Mesopotamia. 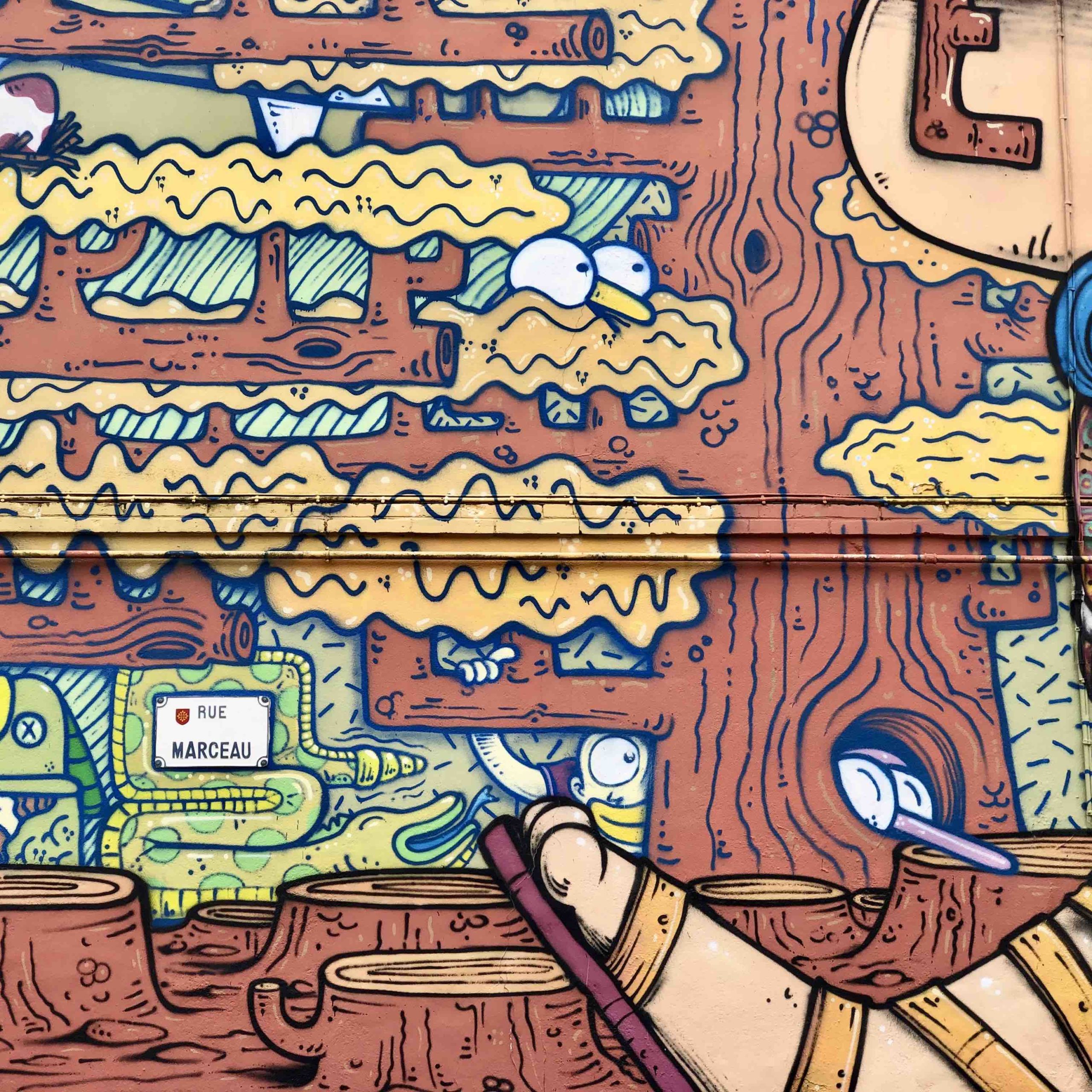 This transitory project is led by the Wop’s Festival for urban cultures. 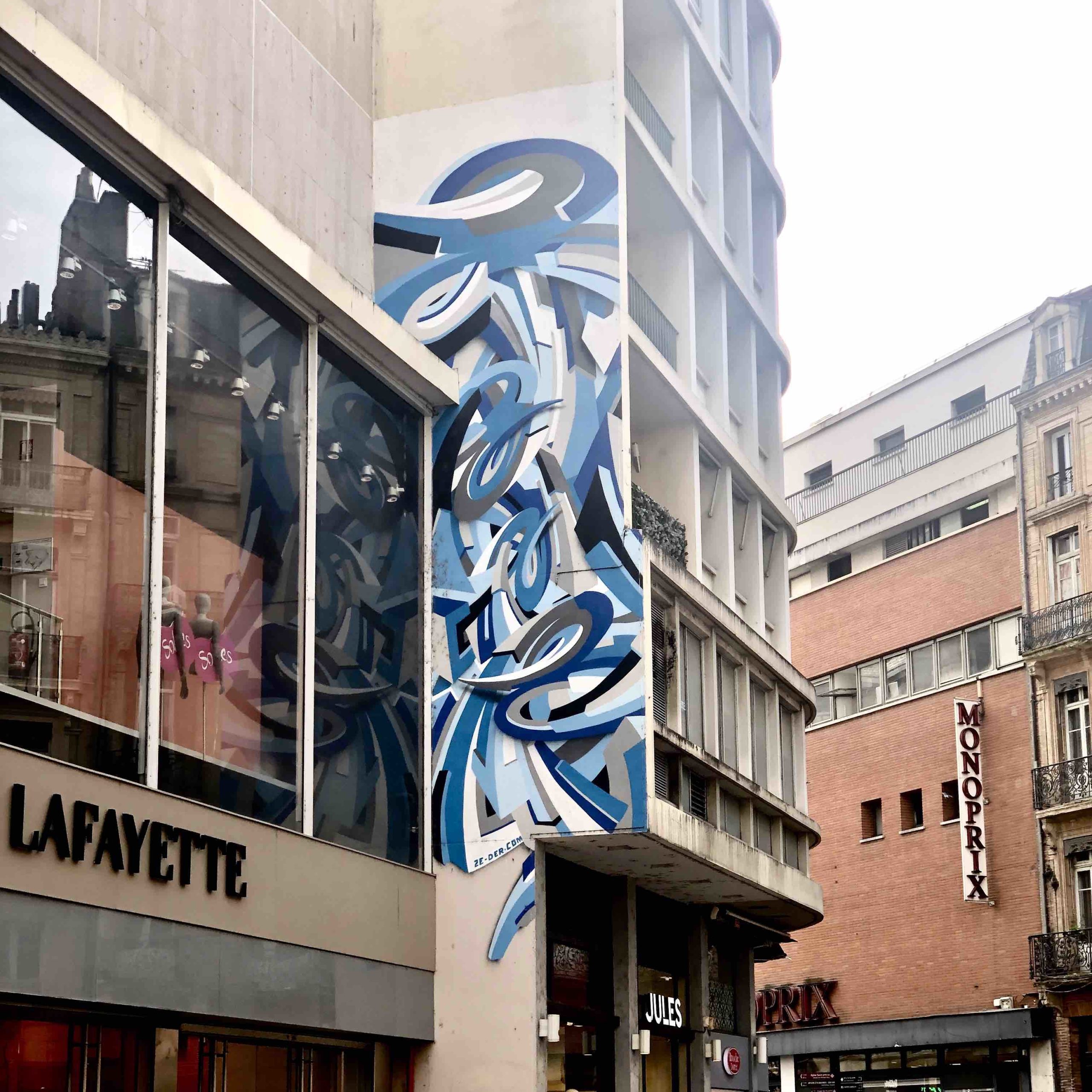 Arnaud Bernard’s neighborhood is the cradle of Graffiti in Toulouse. Here, the “archaeological” approach of this work reflects its history. 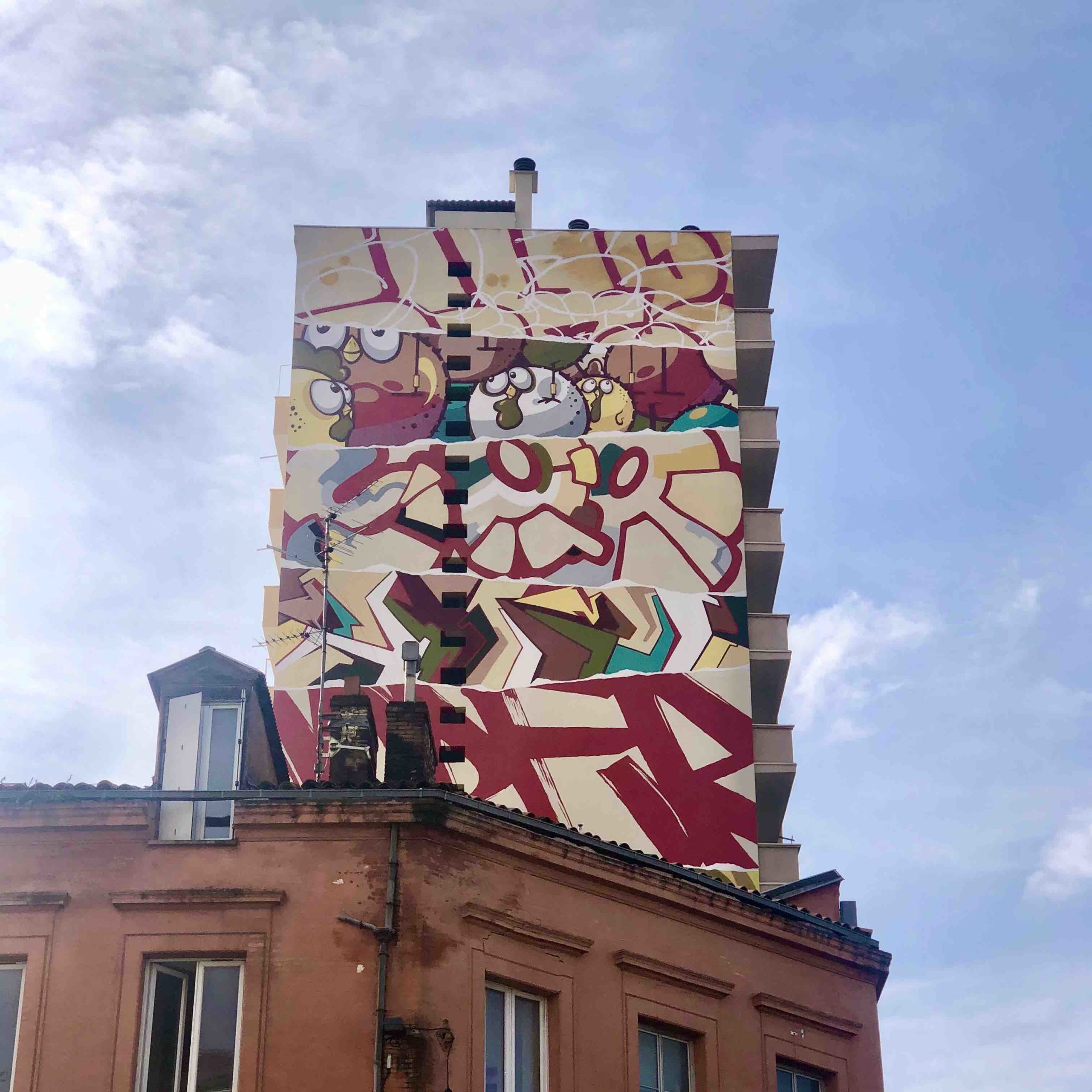 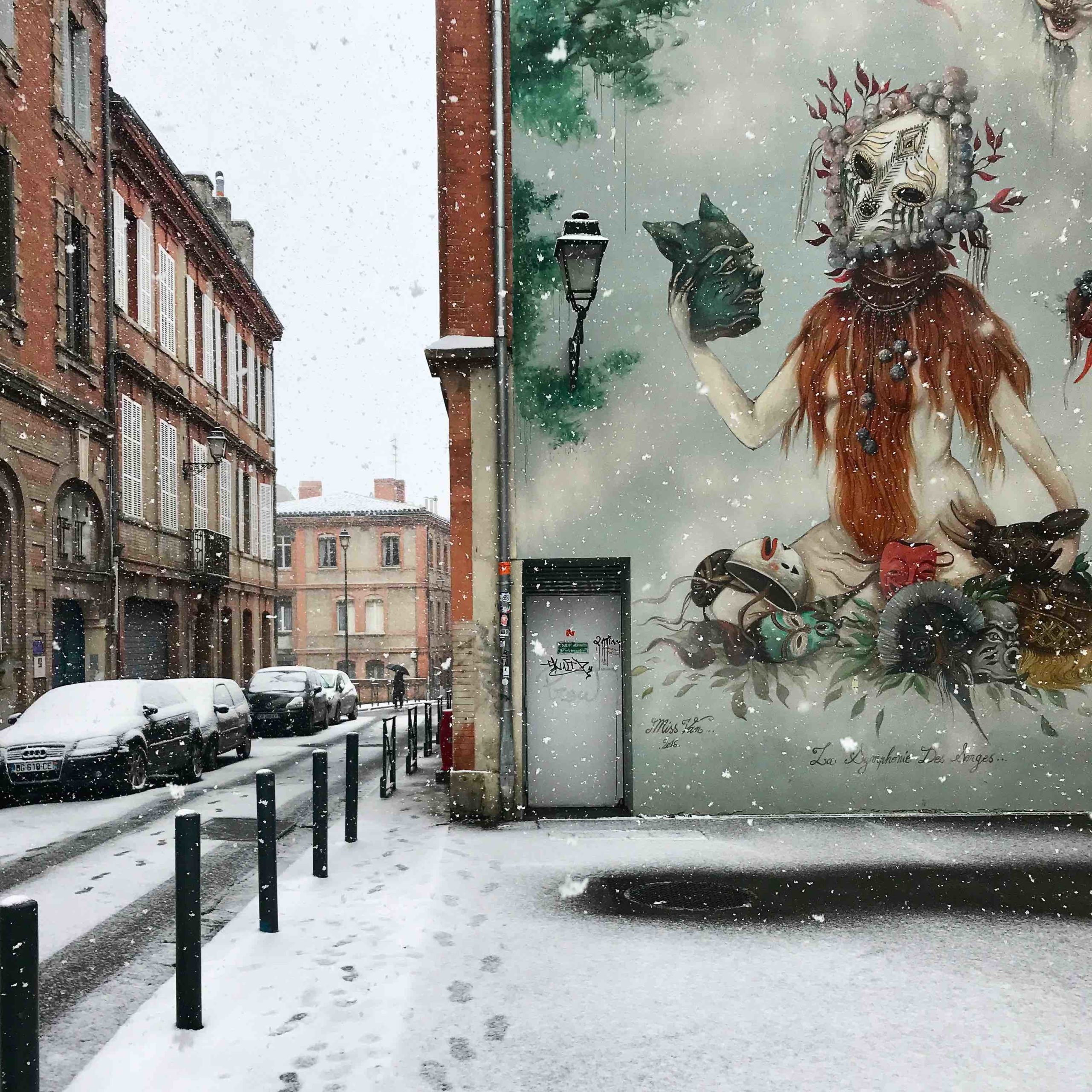 Mixing the realism of Maye and the lettering of Mondé, this work is inscribed on the walls of the pink city. 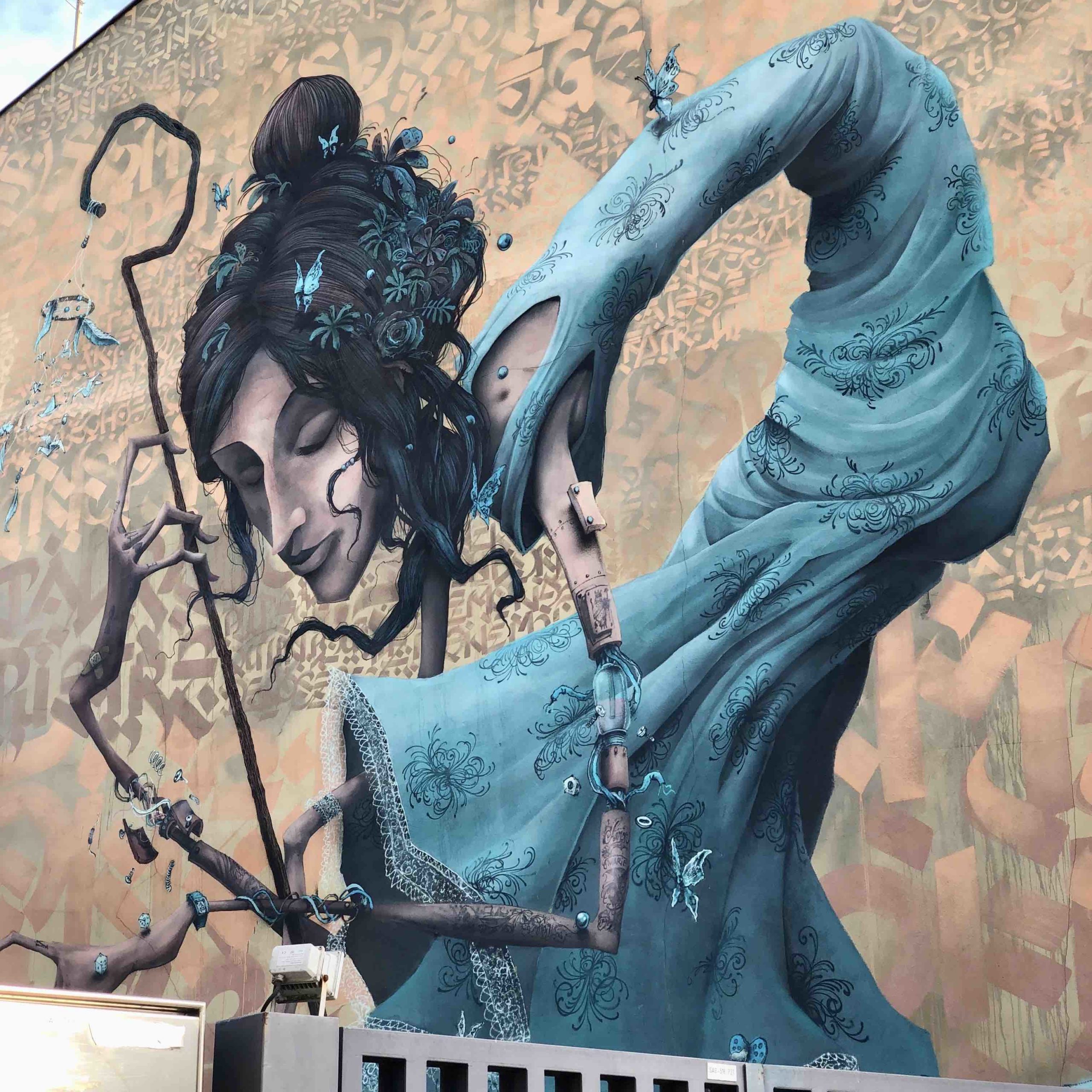 Originally from Lille, this duo of artists is specialized in lettering, typography and color. Just have a look at this work. 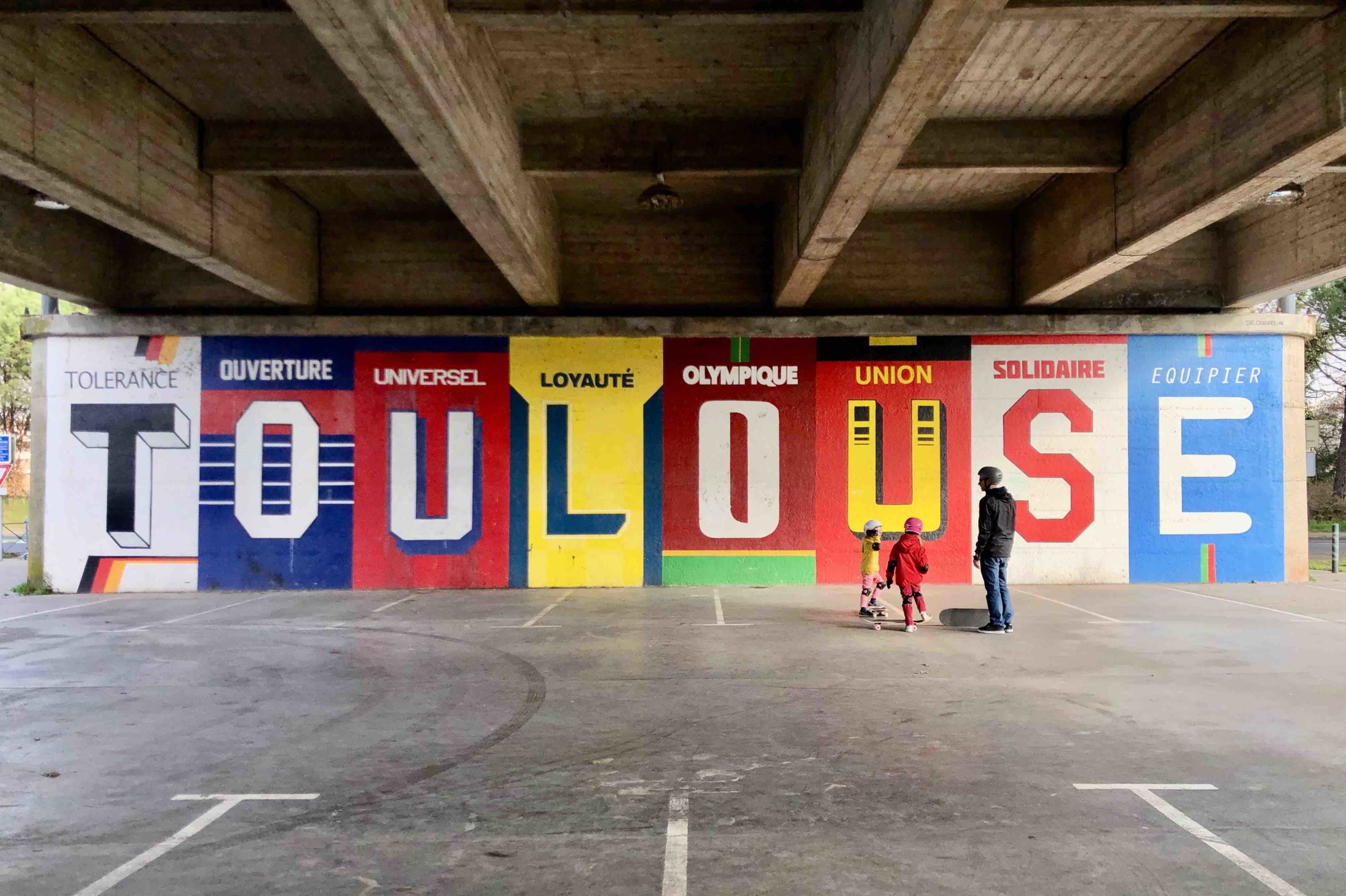 This long mural was done by a creative agency, composed of many great artists in the world of street art. 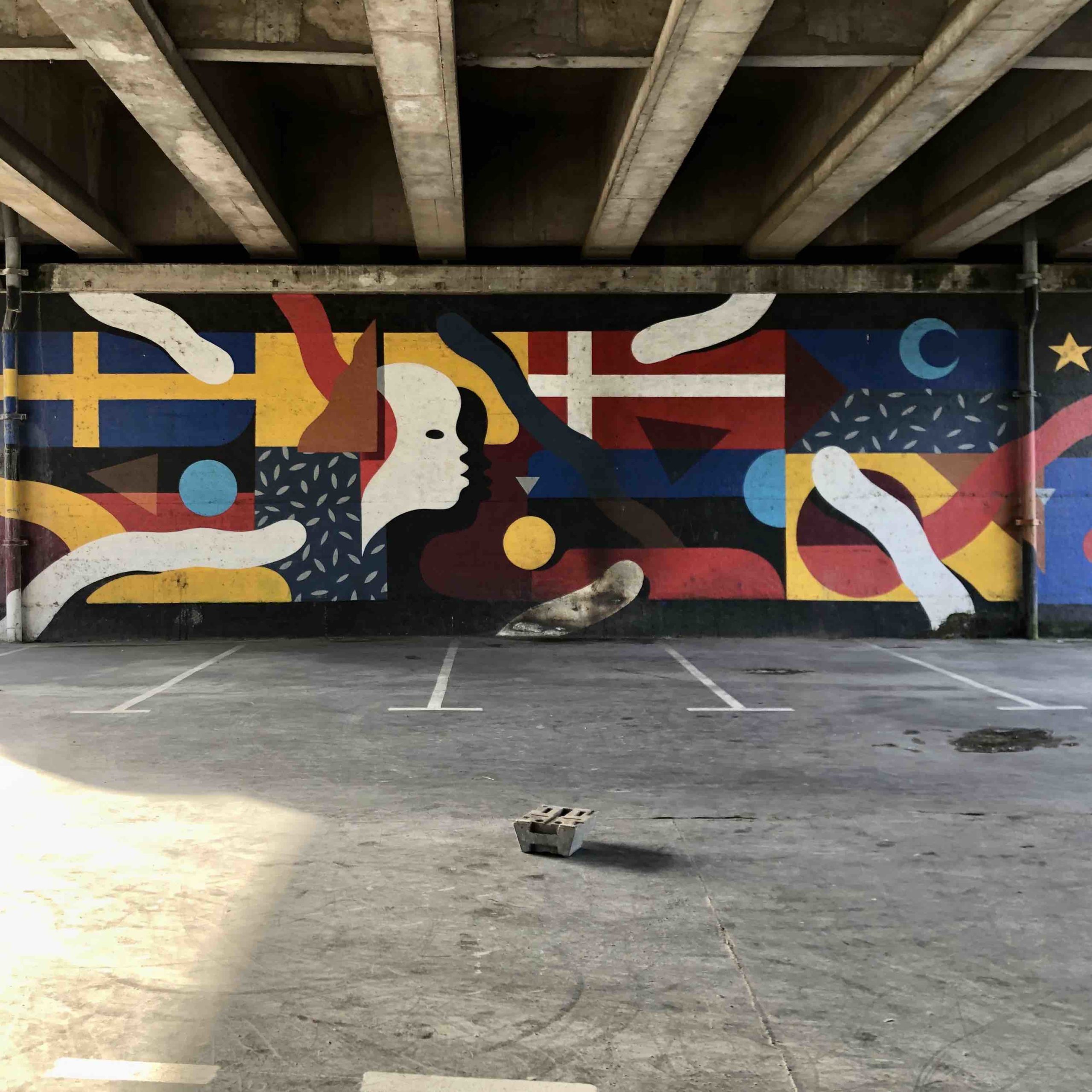 Following several workshops, this Truskool artist created this piece on a school wall with the help of students. 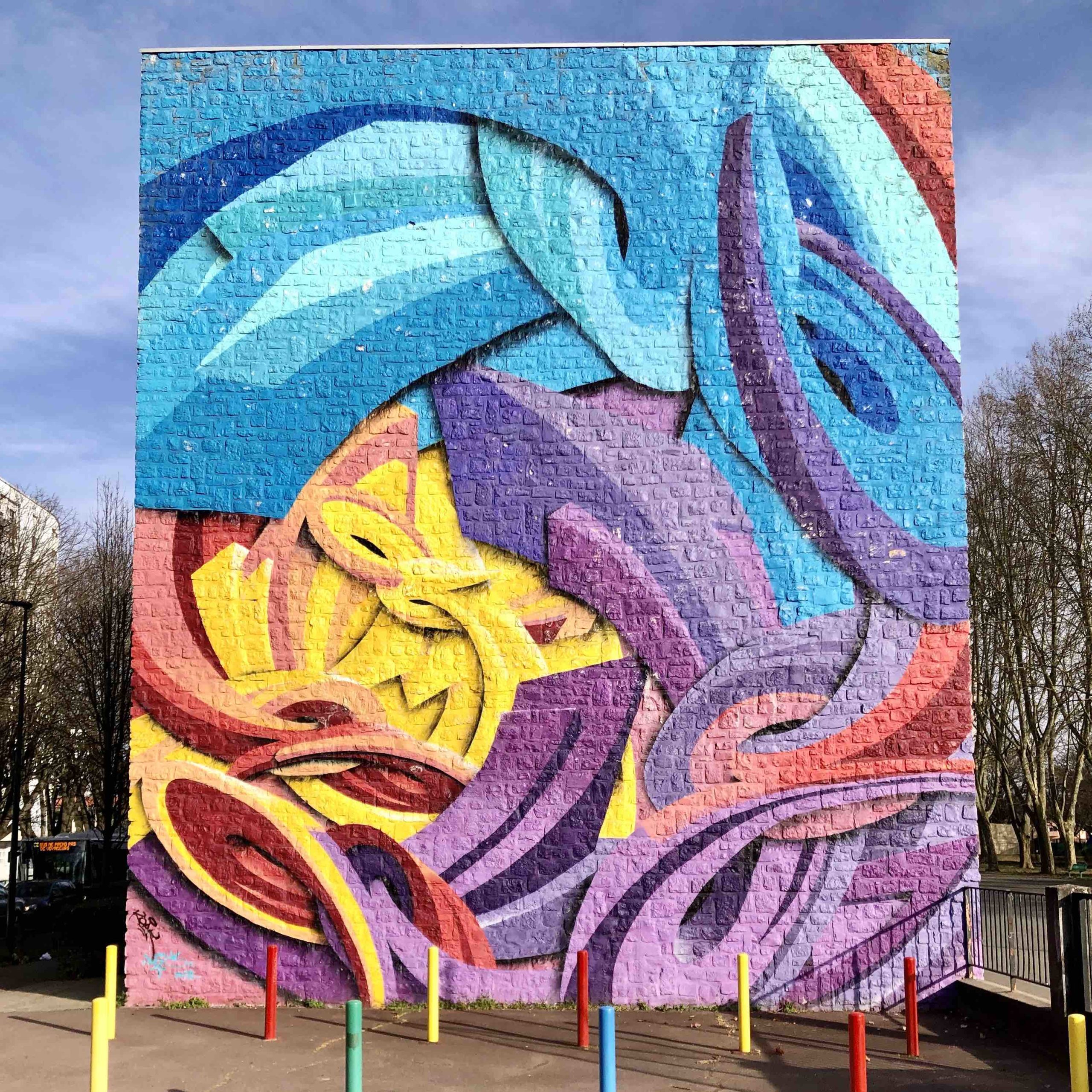 This lively piece of art was created as part of a socio-cultural project for the inhabitants of Etienne Billières. 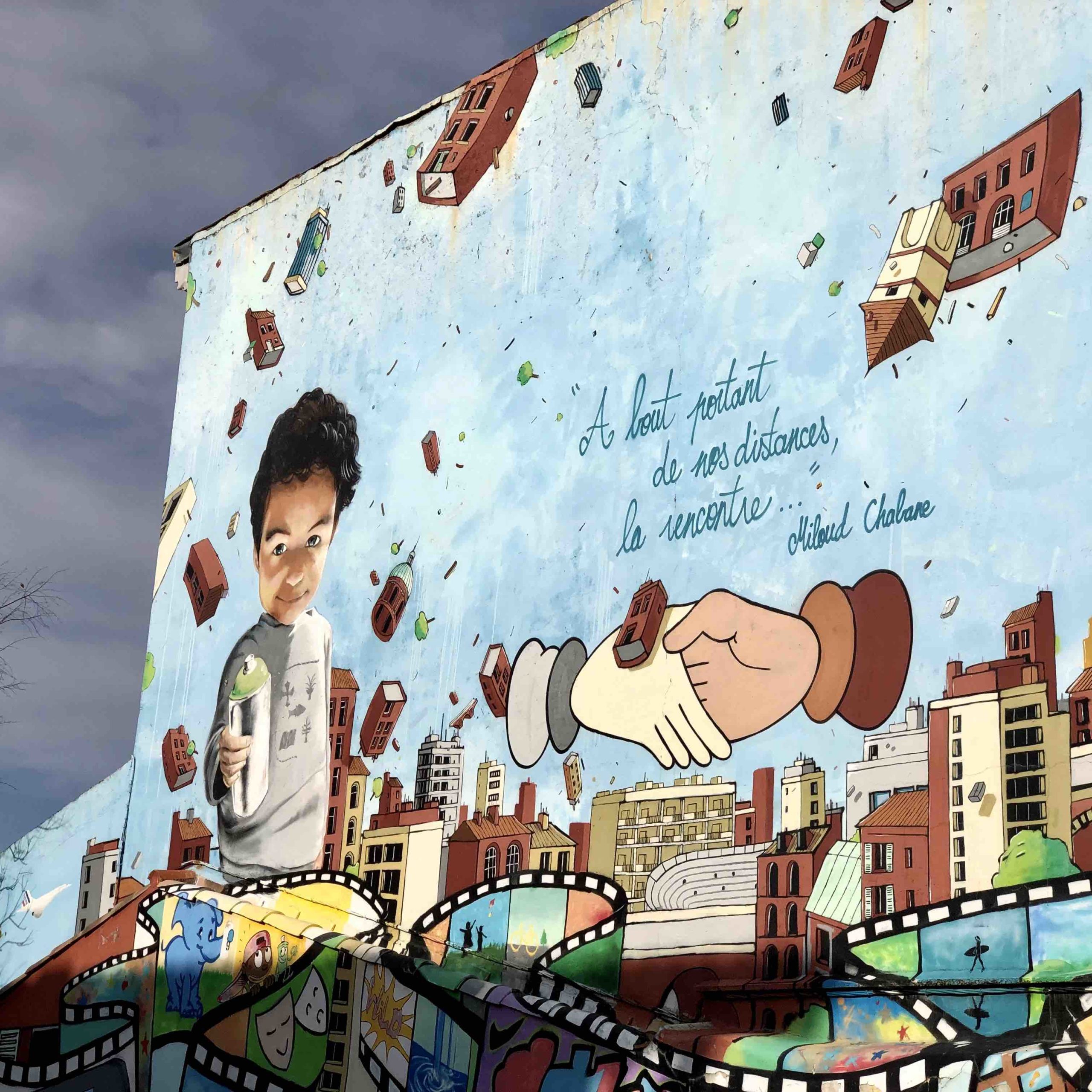 This colorful and atypical piece is a good representation of the singular world of Honet. 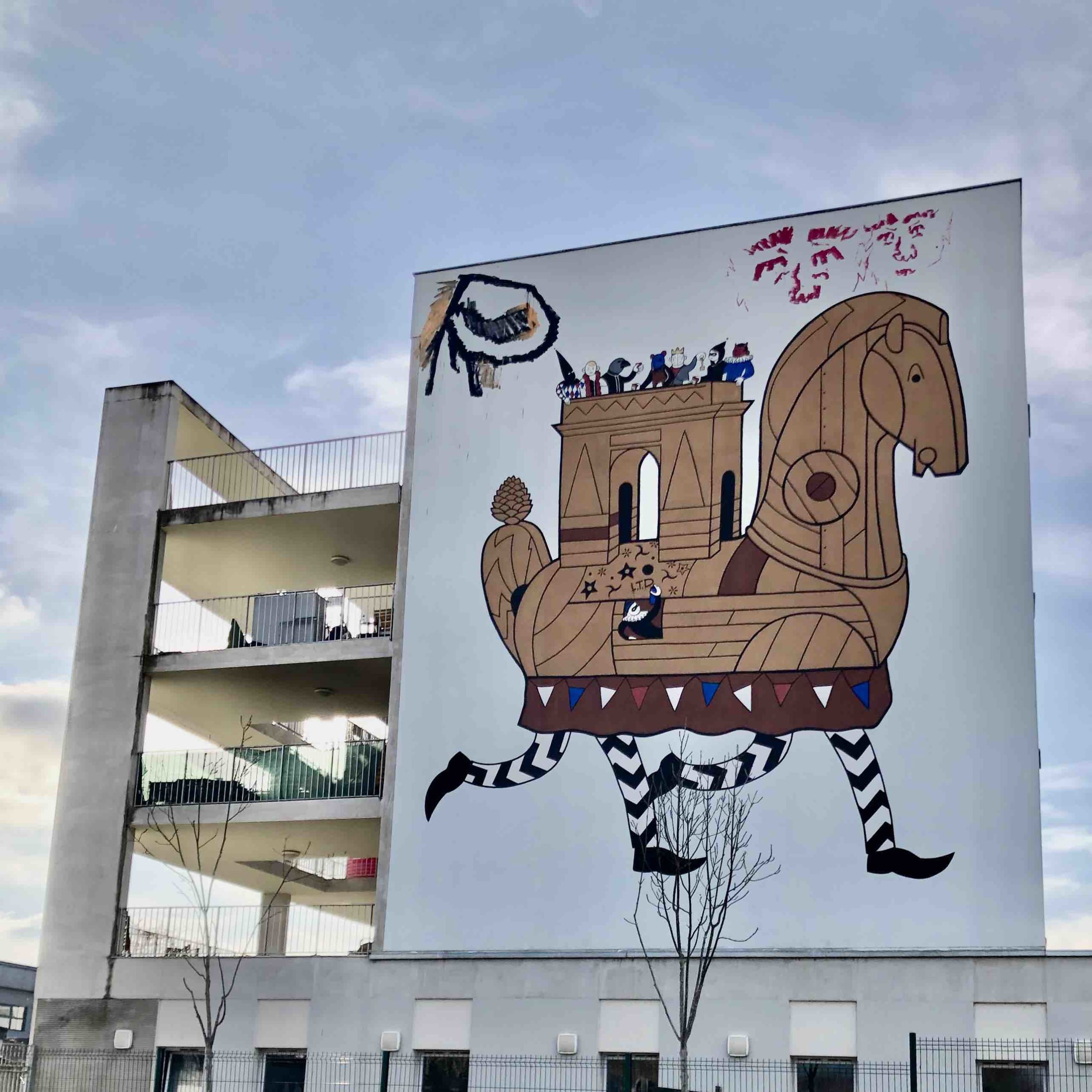 So, what did you think of these 18 pieces? I think we can probably say that Toulouse is a city rich in street-art, full of true artists. We are waiting for your pictures, and don’t hesitate to tell us if you found other works of art !

To conclude, street art is a good way to get messages across or to simply express yourself. This type of art has surely made everybody do a double take while walking the streets, and the artists are delighted by it.

In Toulouse, you can find all of the above pieces but also many more. This city is fortunate to have these artists who allow us to escape reality while walking through its streets. A huge thanks to them!